If you have visited this blog before you will know that I am one of the founders of the spoken word group Rattle Tales. We are a group of writers who met on the MA at Sussex University and, when we left, continued to meet to workshop our writing. After a while, we decided to set up a regular literature night to showcase our own stories and give emerging authors the chance to read their work to an audience. Our nights have proved extremely popular. We ask the audience to get involved by discussing the stories they have just heard with the author.

The core Rattle Tales members are all practising authors. Just like you, we enter writing contests and send our work to journals and spoken word events. We like to read our writing aloud. Since we put on our first show we’ve run over ten events (including one at Green Man, one at Small Wonder, one in France and several at Brighton Fringe) and published two anthologies. The stories published are the ones read at our nights and for many authors it is the first time their work has been published.  We are a true co-operative; the eleven Rattle Tales members have equal say in everything. We share the work, we argue over the decisions and any modest profit we make goes straight back into venue and publishing costs. Many of our readers go on to success in competitions, or have their work published in journals or performed on the radio. Reading your writing aloud to an appreciative audience instils a confidence in you that you don’t get from having it appear in print. I speak from experience here; the first public outing for my writing was in print but nothing compares to taking a deep breath and reading your work to an audience who listen to your words, applaud and even congratulate you in person afterwards. It makes you feel invincible.  It makes you want to approach agents and editors and shout ‘publish me!’ from the rooftops. Rattle Tales wants to give every writer the chance to feel this way. 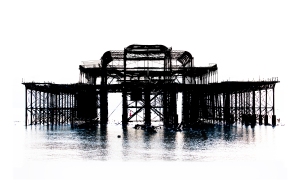 At one of our meetings we discussed the possibility of setting up a short story prize. We were surprised that there wasn’t a regular prize in Brighton, there are prizes in so many other cities and Brighton is stuffed full of writers. We were also aware that there isn’t a prize which is tailored to the spoken word. Rattle Tales stories have to work being read aloud to an audience and we wanted to celebrate this particular under-appreciated writing skill.

When we booked the theatre for our first spoken word event there was a feeling that it didn’t matter if no one turned up because between us it was only the cost of a good night out. It was a similar feeling with The Brighton Prize. But on a much bigger scale. We all sat down together and discussed how much we could afford to stump up for the prize-money if only a couple of people entered. We agreed to keep the entry cost down, both to ensure more entries and to make the prize more accessible. Between us we set the prize fund at £500, the maximum we could afford with only a few submissions.

We are lucky, there are a lot of us and we have people with different skills. Between us we can cover the writing of the contracts, the marketing, the admin, the website, the posters, editing, spreadsheets the list is endless. It takes up a lot of time but we all felt it was something we should do, something that you writers out there would want us to do. 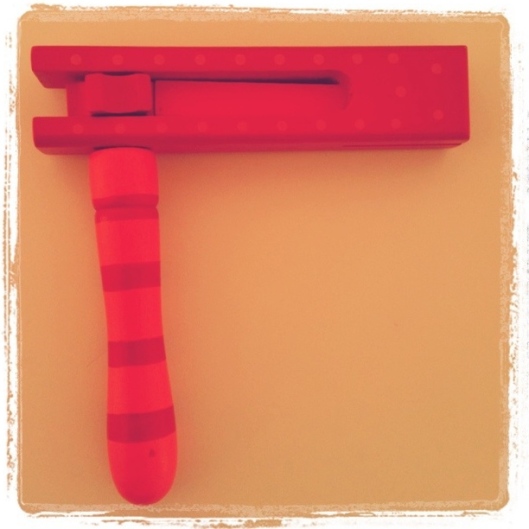 We decided that the optimum time for the prize-giving would be at our sell-out Brighton Fringe show. This show is a real event with a great atmosphere and reading at it is a fantastic experience for any writer. Aiming for May though did mean we were a bit rushed, with a short 2 month submission period.

We needed judges and we were unbelievably lucky because the first local authors we asked said yes straight away. Bethan Roberts (author of Brighton City Reads book My Policeman and the upcoming, Mother Island) and Laura H. Lockington (author of The Cornish Affair, Stargazy Pie and literary journalist) were on board and suddenly we had a real competition.

The Brighton Prize has been a learning curve, we bit our nails waiting for the first entries to come in, we tweeted and posted, sent out newsletters and contacted the press, begged listings in writing magazines and airtime on local radio. And just like the baseball fans in the movie Field of Dreams the entries began to come in, a trickle at first, then a torrent and by midnight on the last day we had enough entry fees to cover the cost of the prize fund, our Fringe show and an anthology. That’s it though, we’re not going to get rich, and we’re not in it for the money. Your entry fee goes into giving more writers the opportunity to perform at and be published by Rattle Tales.

Right now we are reading like crazy to make the deadlines set for the long-list and the short-list and then to narrow those down to the ten stories we’ll send to Laura and Bethan. So far we have been struck by the quality and originality of the stories submitted. It’s going to be very hard to choose which ones make it through. 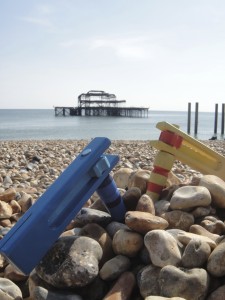 We have also struck by the generosity of the other short story competitions out there, particularly the B’s, Bath, Bristol and Bridport. We are the new kid on the block but everyone has been generous in their retweets and encouragement. The people who run these competitions really care about writers and it shows.

Thanks also to Threshold’s Short Story Forum, The Brighton Fringe and Radio Reverb but most of all thanks to anyone who entered our little competition. Good luck!

For more information about the Brighton Prize and Rattle Tales click here. 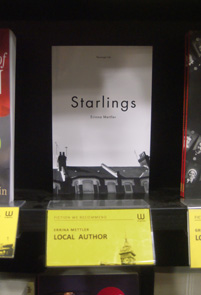 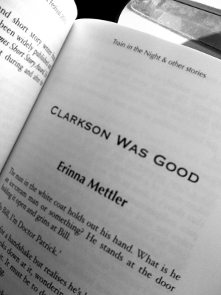